In November last year I received an email from John M. in California wanting to purchase a sculpture from the Framed series. After investigating that it was a genuine request and several email exchanges an order was place for not just one but 3 sculptures. Each frame had to be a different colour. I could not start until the new year but set to work in January. I had to cast the figures as well and did them in clear crystal to keep a certain unity in the group of sculptures.

Once done I had to work on the shipping and the custom form. The first package included one sculpture and the one following had the remaining two. 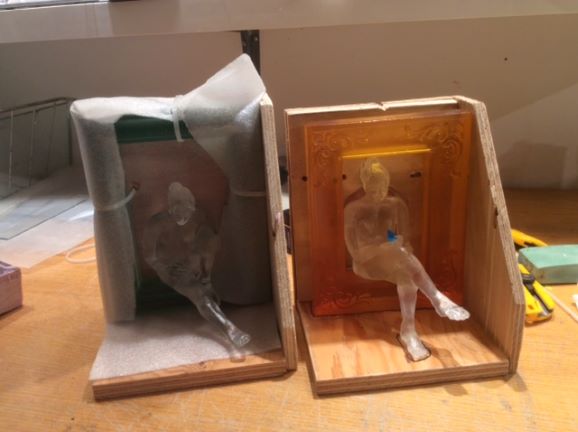 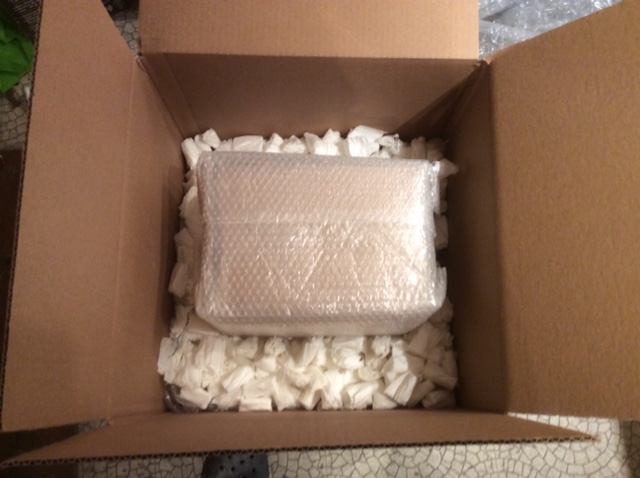 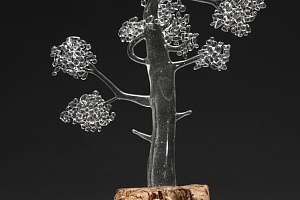 Honored to have been interviewed by the Glass Art Association of Canada Members interview  with... 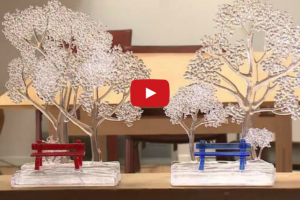 Joel Haslam of CTV Regional Contact stopped by the studio to discuss my artwork and to learn more... 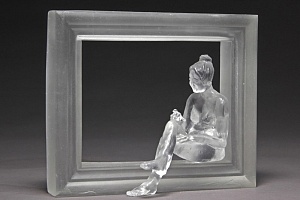 A short video from the Dimensions Gallery 2015 Sculptural Exhibition.